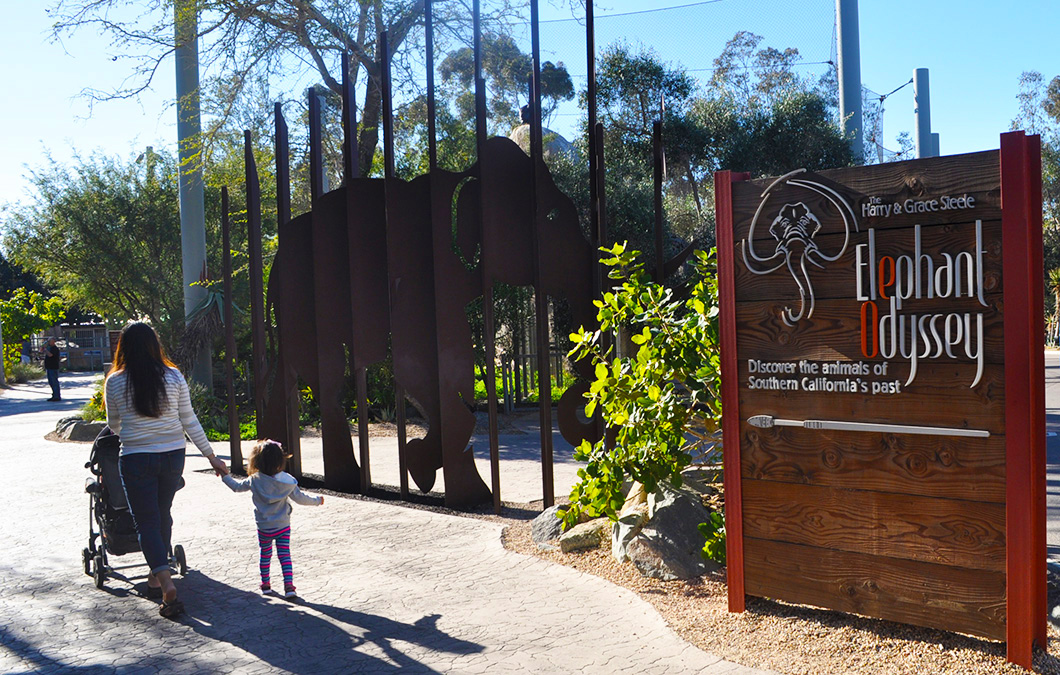 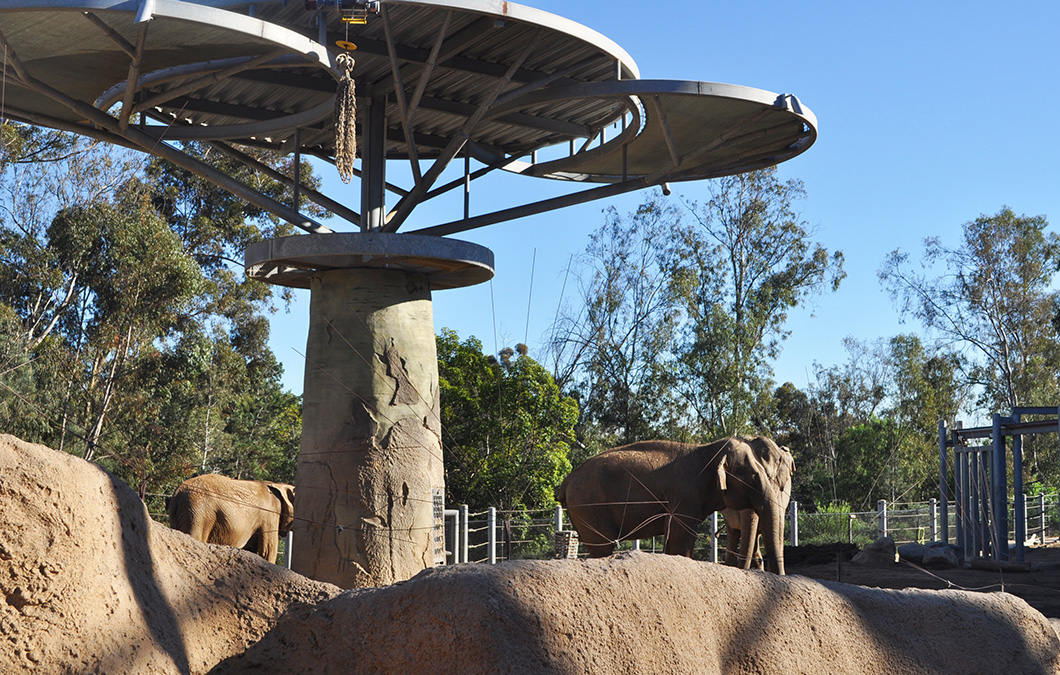 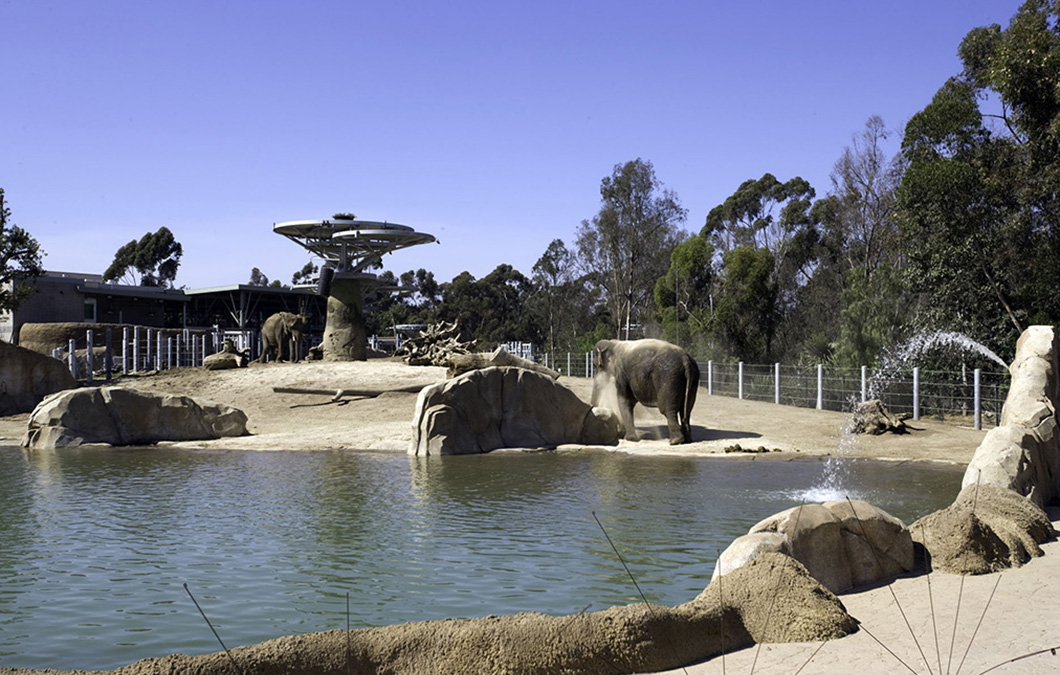 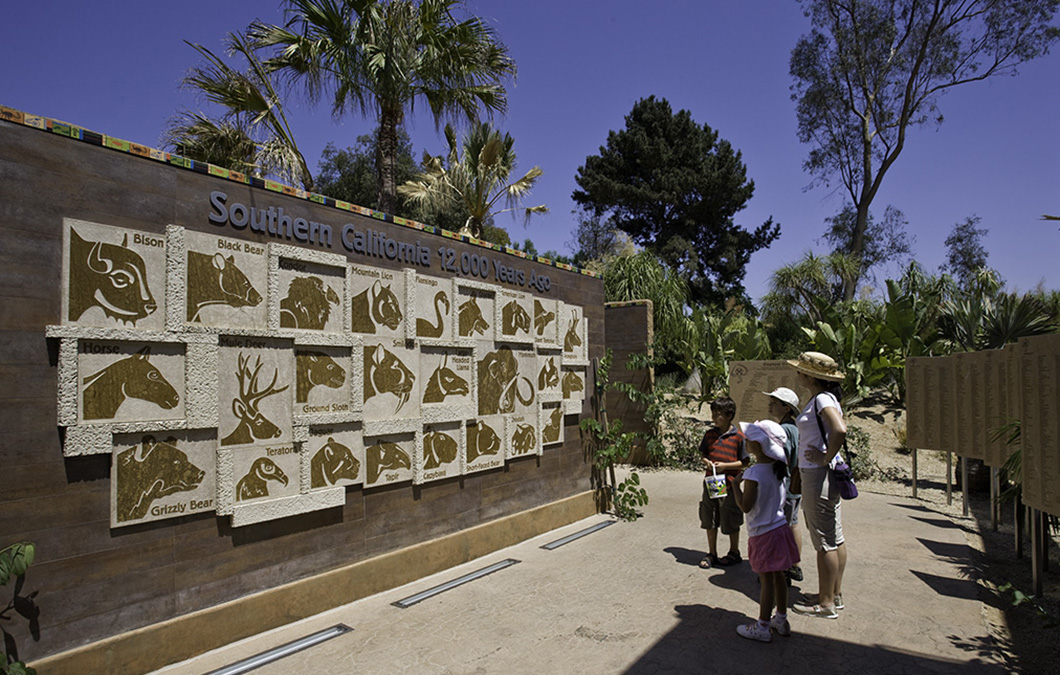 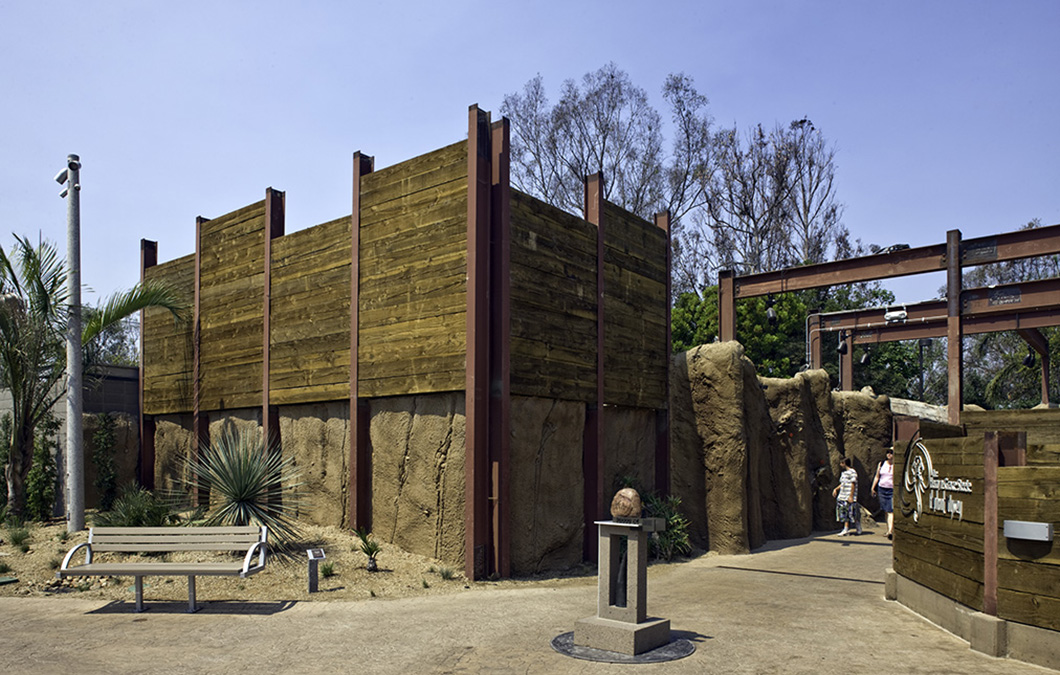 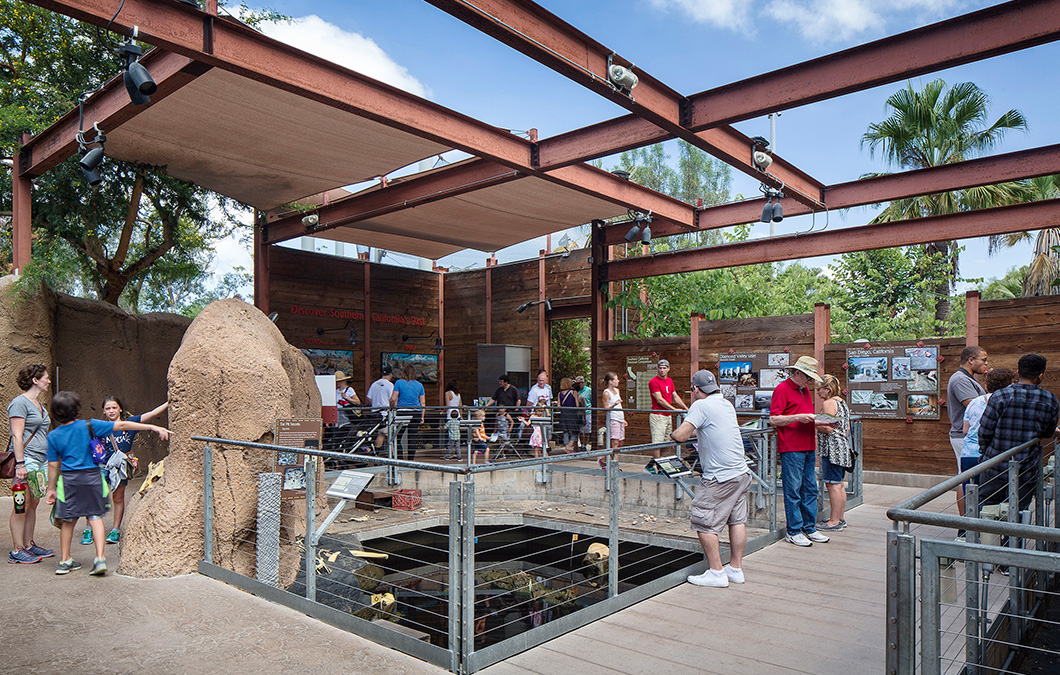 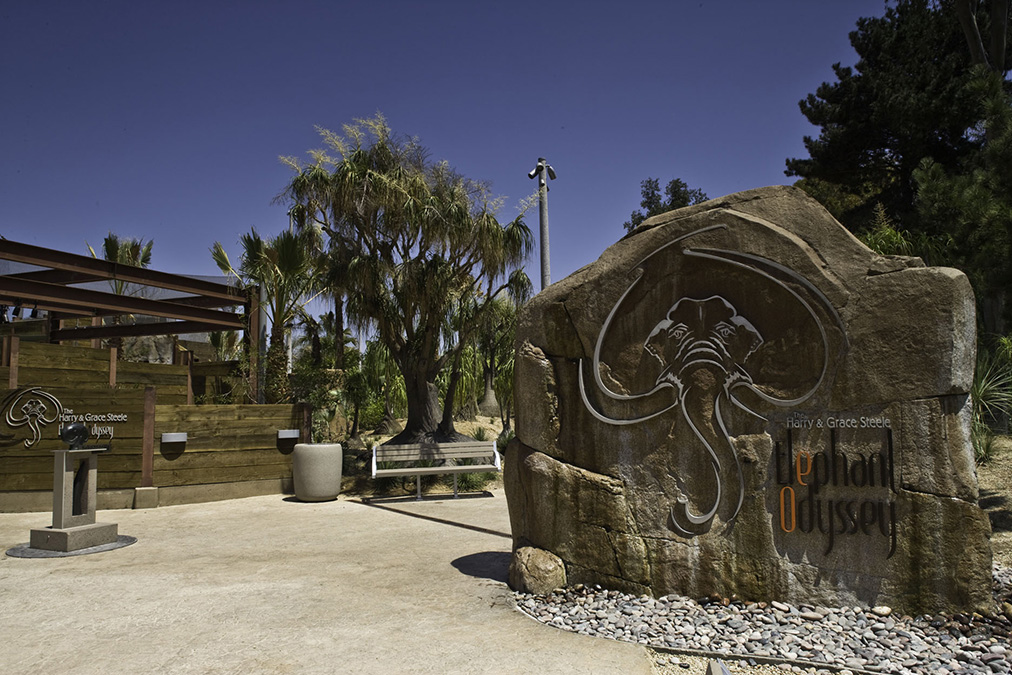 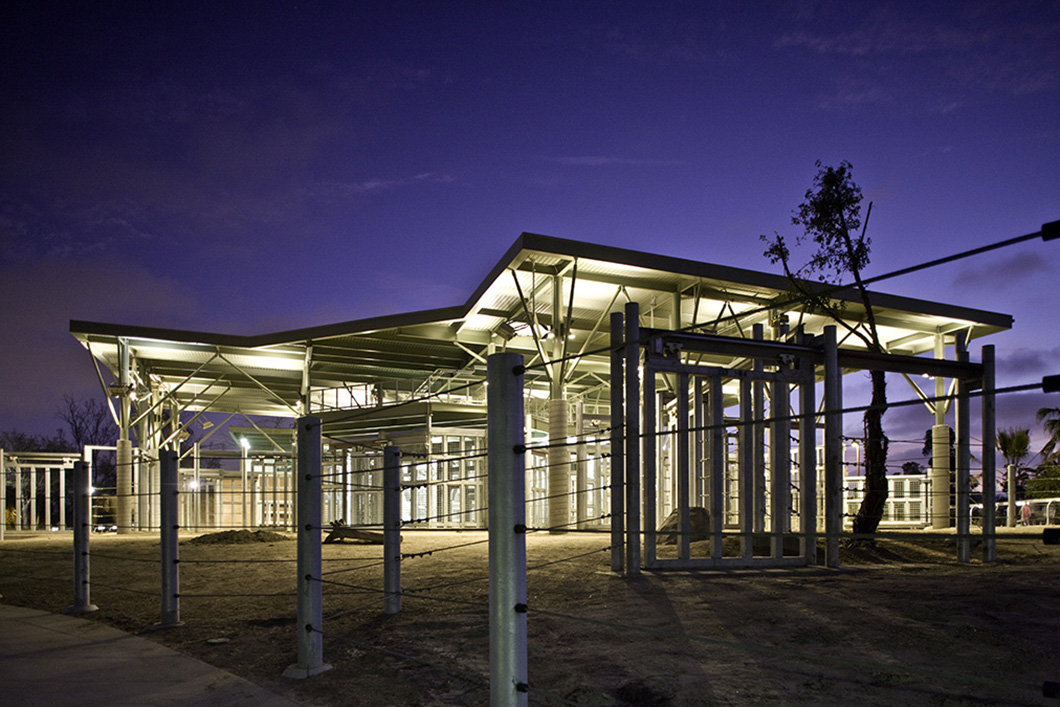 For the Elephant Odyssey Exhibit on 7.5 acres, FPBA worked to integrate four Asian elephants from the San Diego Zoo Safari Park with the San Diego Zoo’s three African elephants to the newly designed space. This provided a perfect opportunity to replace the outdated elephant habitat as well as over 9 acres of other aging exhibits in the center of the Zoo. The resulting redevelopment was the Zoo’s largest single project in its history touching over 30 separate species in 21 individual structures.

The redevelopment includes updates and expansions to primary utilities, demolition of nine aged exhibits, mass grading of the entire site (over 8 acres), construction of major roads and retaining walls and mitigation of hazardous materials prior to demolition. The range of exhibits and accommodations, delivered as a single design and construction project, represents many individual projects, each requiring individual programming and interface with separate curators, keepers and stakeholders.

Orchid in People’s Choice by the San Diego Architectural Foundation

Excellence in Marketing Award by the Association of Zoos and Aquariums 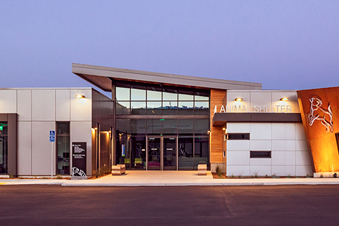 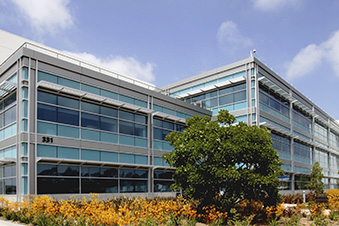 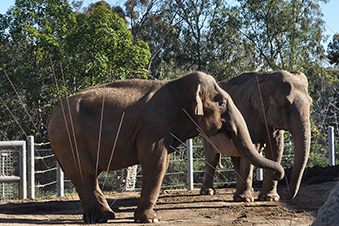 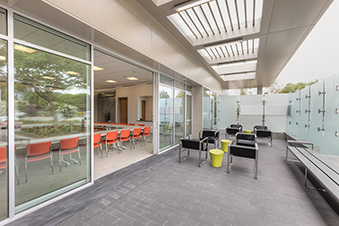 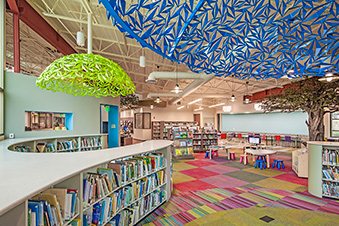 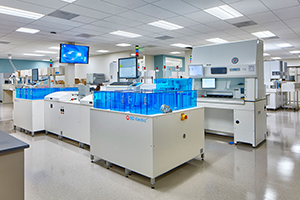 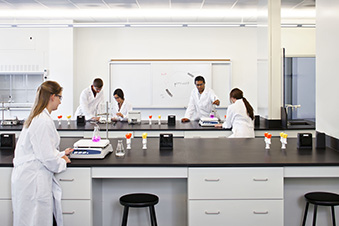 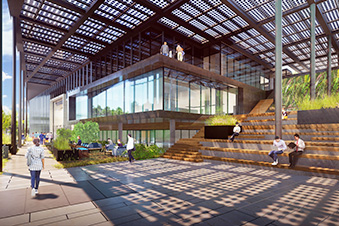